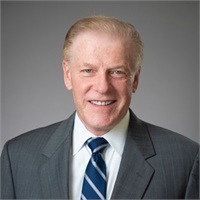 Currently, Steve works with approximately 70 small and large group employers in the state of South Carolina, educating them on the differences between level, self, and full-funded group medical plans. Additionally, he brings a "real-world,, common-sense" approach to his groups with the ultimate goal of ensuring that his clients know how each plan works as well as the tax implications associated with such plans.

On a personal level, Steve and his wife Renée live in Chapin, South Carolina, and he is an active member of Our Lady of the Hills Catholic Church.